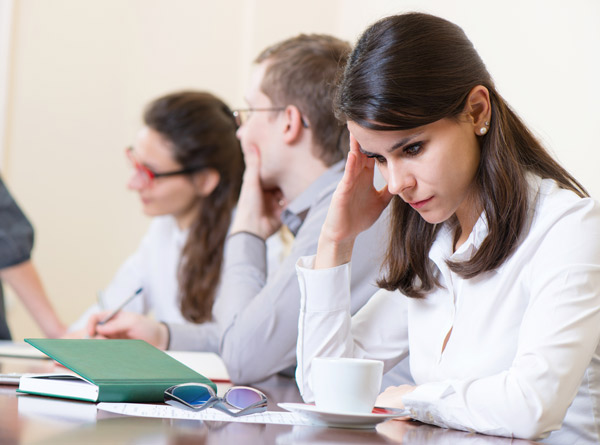 Who is the disturber : The problem or you?

Hello to all the cybernauts. It is a pleasure to be here with you. I am recording from Israel!

And I want you to be in faith, even in the face of adversity, difficulties, pain and loneliness; because when we act out our faith we are alone. Only God and us!

Today I will talk about who is the disturber: The problem or you?

Then it happened, when Ahab saw Elijah, that Ahab said to him, “Is that you, O troubler of Israel?” And he answered,
“I have not troubled Israel, but you and your father’s house have, in that you have forsaken the commandments of the Lord and have followed the Baals. Now therefore, send and gather all Israel to me on Mount Carmel, the four hundred and fifty prophets of Baal, and the four hundred prophets of Asherah, who eat at Jezebel’s table.” (I Kings 18: 17-19).

There is uncertainty, fear and weakness when we are not defined in our faith. When there is fear and we are concerned about what others think, there is no faith or certainty, for “Now faith is the substance of things hoped for, the evidence of things not seen.” (Hb.11: 1)

Here you can notice the characteristics of Elijah acting out his faith, facing the problem and King Ahab, who wanted to kill him. And he went up to him telling him what he wanted, “Now therefore, send and gather all Israel to me on Mount Carmel, the four hundred and fifty prophets of Baal, and the four hundred prophets of Asherah…”

Notice the definition of a man of God! When we are in faith we are defined and act in the Spirit, but when we are in the “flesh” and not attentive to act out our faith, we can be like King Ahab, who thought that the problem was Elijah … Indeed, it was Elijah who said it would no longer rain, but due to the revolt against the sin of Ahab that living as king of Israel ashamed and did everything that was contrary to God. And Israel was the “apple of the eye” of God … when the king was mocking by his way of being; obviously there would be consequences to his mistake.

But Ahab did not want to solve his problem. He saw Elijah as the disturber, and that Israel was in a very serious situation because of Elijah, but did not see that the problem was he himself … He was the one who declined to follow God’s commandments. On the contrary! He chose to follow the baals.

Whoever you may be, if you do not practice God’s commandments and don’t do the things that you have already been instructed to do so, that your conscience knows to be right or wrong, but decide on your own to act the wrong way, don’t you think there will be consequences?

And if someone confronts you because of your error, do you become outraged? In fact, when you express this outrage it’s because you do not like it and you do not want justice, but you want the sin, what is wrong and unfair. And sometimes you think that it’s the devil that is causing this entire disturbance, but no! It’s your attitude, because you left God’s commandment. Like many who were once in the Work of God, working, guiding many people and casting out demons, and then did what their feelings wanted: They became hurt, nurtured inappropriate things within themselves and then, when the problem surfaced, they thought the following: “my friends have left me, the people with whom I counted the most, they abandoned me…” In reality, you should know this: When you do what is wrong, you reap what you sow! There is no bishop’s wife, bishop’s daughter, bishop, pastor, member or assistant … Everyone reaps what they sow. Now is time for justice!

Elijah was defined, and when there is in us that spirit of justice, we are well-defined, we face with courage and we are not afraid of what we have to confront, because we confront with all our strength that which is unjust.

You can’t see sin or the problem like it’s a failure or an error, claiming that “To err is human…” because if you live in error, being aware of it and not solving it, it’s going to cost you! Even if at the moment that you are living in it, you are not paying for it, sooner or later it will come up. And you can confirm this in any part of the Bible.

Those who do not know the truth, who were not instructed and do not know, that’s a different case. But for those who know, know God’s commandments and want to keep following their own way, then surely they will be the very problem and will be disturbed by their fleshly impulses.

Re-evaluate yourself and act out an intelligent faith, because that is what will make you have stability, something durable and everlasting in your life.

Be sure to comment here on the Blog that which has touched you, what spoke to you that which you will keep and put into practice starting today.

A big hug and until Friday.

From Children to Parents: "Mom, do you pray for me?"